Being Stuck in the Vise of Existentialism and Nihilism 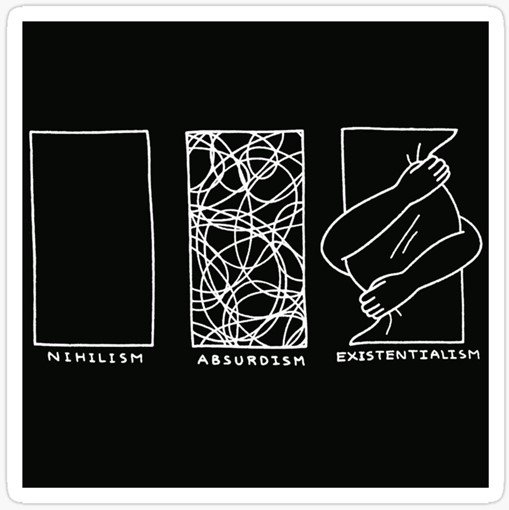 The philosophy of Existentialism has many supporters. It is an extremely popular idea, and it is a common source of inspiration. It is a belief in the existence of the self, as opposed to the existence of God, or the world. In this article we will explore what Existentialism is and why it is a valuable idea for today's society. We will also look at some of the key differences between existentialist thought and other views.

Existentialism is an extremely complicated philosophy. Nietzsche questioned the nature of morality, and he was skeptical of traditional moral values. However, there are several points that are uncontroversial. In particular, he argued that "the self is a construct" rather than a product of human will. Further, he emphasized the importance of human desire and imagination. Lastly, he emphasized that "being" is a more critical issue than thinking.

For many people, Existentialism is a powerful message about the meaning of life and death. It promotes the idea of individual morality and is often associated with the Beat generation. It remained popular in the United States for a decade, and its popularity declined dramatically after the Second World War. The Beat generation had little political or social activism and was grappling with existential questions. Its message was to promote individual freedom and the indefensibility of social life.

For some people, Existentialism is a clever idea. It can help people understand what they have lost and reclaim their childhood innocence. It also raises important questions about freedom and the superficiality of social structures. If you want to understand the philosophy of Existentialism, read some of the most popular works. It's also important to understand the implications of the concepts that surround the concept. It's important to realize that there is no universal purpose for human life.

As an existentialist, you are free to choose what you do. You are free to choose your own path and do whatever you want. There's nothing wrong with being free. But if you want to enjoy life, you must be free to decide whether you believe in it. Then you will be happier, and this will improve your quality of life. But it will also make you a better person. So, what are the key benefits of Existentialism?

A philosopher who believes that life has no objective value and is a purely personal matter can be characterized as an existentialist. Consequently, the philosopher may say that he has no idea of the meaning of life and therefore, isn't a sceptic. He will be happy with whatever he or she does and will not judge others. The philosophy is a fantastic way to find out who you are.

The basic principle of Existentialism is that the only way to rise above humanity's absurd condition is to choose what you want to do. There is no right or wrong in life. It is an expression of the freedom of an individual to decide what he or she thinks. It is not a matter of what you do or who you love, but how you act. It is possible to live a good life while making choices and expressing your beliefs.

Existentialism focuses on the mode of existence of individual human beings and the sanctity of life. The concept of existence is rooted in the concept of freedom, and there is no truth to the existence of human beings. The theory of being is a particularly important philosophical concept. In our culture, we are unable to live without it. The only way to live life authentically is to make the most of it.

The philosophy of the existentialists aims to challenge this assumption and to seek the meaning of human experience. The philosophy of Existentialism has a variety of roots. It first originated as a reaction to Hegel and the idea that man is a separate, independent being. In this sense, existence is a self-reflexive, self-actualizing process. It cannot be expressed as a "person," but as an abstract concept. By definition, an existent exists. It is an abstract and non-relative notion of the world and is not capable of being a person.

Differences Between Existentialism and Nihilism

Existentialism and nihilism are two different philosophical theories. This one suggests that life and human species are insignificant and that there is no intrinsic value to living. In the other hand, existential nihilism contends that there is intrinsic value to life. Neither philosophy is necessarily correct, and there are other ways to think about them. The differences between the two are quite interesting.

The difference between the two schools of thought is most easily understood from the philosophical position of existentialists. For example, while existentialists believe that human beings instantiate their essences, they believe that tools, which are the products of social practices, are morally valid and release life-affirming potential. As such, both schools of thought emphasize the nature of human autonomy. For those who believe in the possibility of a more perfect world, nihilism is a radical idea, but it does not necessarily contradict existential theory.

Existentialism and nihilism differ in their approaches to life and death. While existentialists try to find answers in an irrational universe, nihilists argue that life has no meaning. Everything in the world is meaningless, so there is no point in living. As such, it is a form of escapism. However, in their own way, both approaches are valid.

Existentialism argues for the importance of individuality in life. Nihilists advocates reject the idea that human life has any inherent value and is simply a product of the actions of individuals. The two opposing views are also highly controversial, but their differences are incomparable. You'll find an enlightened view of the world, which is often better suited for modern times than for ancient times.

Despite the difference in their approaches, both philosophies emphasize the human condition. Both are rooted in the concept of identity and existential values. Neither philosophy is exclusively incompatible, and there is no logical or moral contradiction between the two. While the philosophical differences between existentialism and nihilism may seem similar on the surface, they are not mutually exclusive. They are, rather, complementary.

Existentialism is a philosophy that emphasizes individual responsibility for actions. It is often associated with the idea of "freedom." People who reject religion and society are considered nihilistic. This type of philosophy is related to historical iconoclasts. Some of these artists achieved fame by rejecting existing ideologies. The other definition of nihilism is the lack of belief in a particular idea.

The first philosophy, existentialism, is an idea that human beings are free and can make choices according to their values. It is a philosophical position that believes that human beings are free and that they have the power to make choices. The second philosophy, nihilism, focuses on a person's ability to choose what is worth. In both concepts, freedom is valued as an intrinsic quality in the world.

The other philosophy focuses on the absurdity of life. In addition to nihilism, existentialists believe that the universe is meaningless. This belief is incompatible with the idea of a god. Despite this fact, both philosophical positions are interested in the absurdity of life. As such, they have different views on the meaning of life and the nature of the universe. There is no universal or absolute meaning.

The Will to Power

Friedrich Nietzsche's philosophy is full of philosophical references to the will to power. Although he never defined it, Nietzsche left it open for interpretation, claiming that it's "the primary driving force in human nature." In Nietzsche's view, the will to control is our natural desire to achieve power and dominance over others. The will to command is the basic principle of democracy, a concept that has a variety of interpretations.

According to Nietzsche, the will to power affects all our actions, from the most basic and most harmful to the most inhuman and violent. This inner force affects all of us, from the smallest to the largest, and can be cultivated through a person's experience of aesthetic beauty. Through art, Nietzsche aims to convey the humanity of values. He argues that we are all capable of changing our behavior.

Nietzsche, on the other hand, does not believe in the concept of the will to control. This idea is related to the fundamental will. While we may think of will control ourselves as an essential aspect of our personality, we must consider it as a form of creative activity. As such, the will to power of a person is an overly complex concept. And we can't explain its existence mechanically or merely with the use of rational methods.

The will to control is a central element in human existence. It is not only a desire to exert power, but it also controls the world. The will to control enables us to use our will to influence others. This drive controls every aspect of our lives, including our decisions, emotions, and behaviors. It is the most basic and most powerful. Thus, it is our power to determine our destiny. But when we try to exert that will, we will become more violent.

The will to control is an important part of human society. Without it, man will not be able to control his own life. Its power is determined he uses it. Its power is also the most basic of all forces. It is the most important aspect of the world, and the will is the key to determining the values of a people. This will be the essence of human existence. If you want to become the most powerful, you must master your will.

The "Overman" concept has many interpretations. It is used in literature, philosophy, and art. For example, Ubermensch was often interpreted as the ultimate superhuman. Its definition isn't completely clear, but it is certainly a philosophical term. The Overman is a type of man that is inextricably related to the concept of self-overcoming. The overman is the symbol of mediocrity.

The term "Overman" was coined by Friedrich Nietzsche to describe an alternate version of Superman. This term has the same meaning as "ubermensch" but is often used in the context of a book dedicated to free spirits. The title of the novel is a satire of the concept of the superman. It also features a chapter on the overman's philosophies. Aside from being an excellent novel, it also serves as a guide for writers and artists.

The Overman, also known as over-man, is the most important life-affirmer in the world. It is the highest stage of humanity and is considered the ultimate expression of man. In the movie, the Overman has an incredible power, a powerful personality, and a unique aura. Its title is aptly named. And the over-man is the ultimate embodiment of the ultimate self-mastery of humankind.